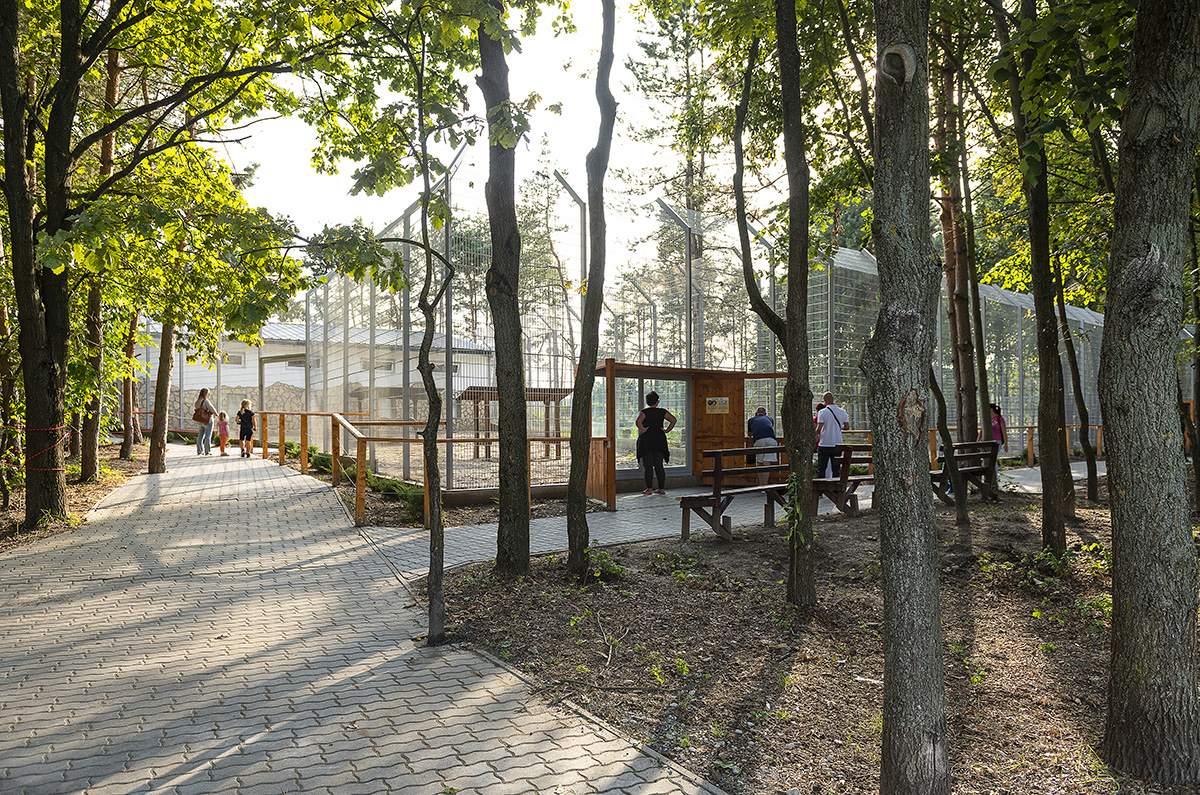 The project aimed to establish a decent facility for the permanent rehabilitation of lions, which were confiscated from circuses, in the Bear Sanctuary of Veresegyház, situated 25km from Budapest. 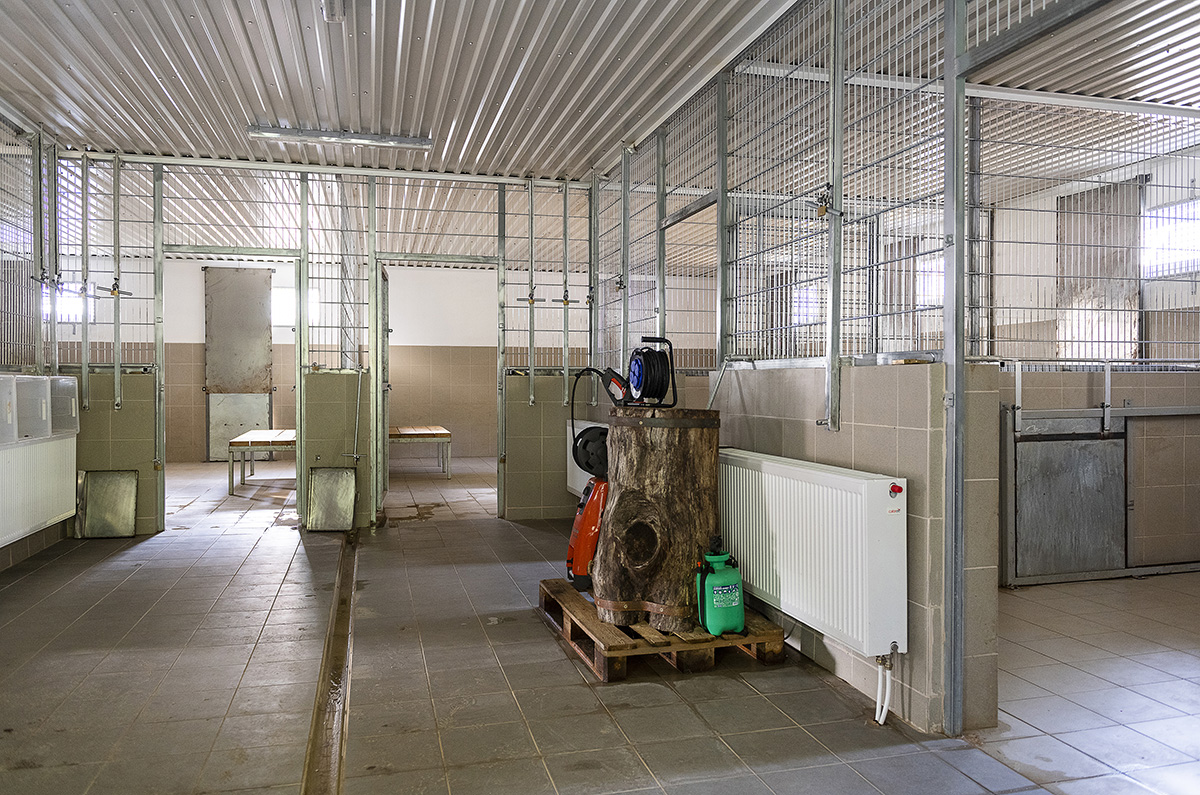 The 200m2 inside enlcosure provides comfortable, heated placement for up to 12 animals. The variable compartments with two large communal areas and several separation dens offer a great flexibility for the gradual introduction of individuals. 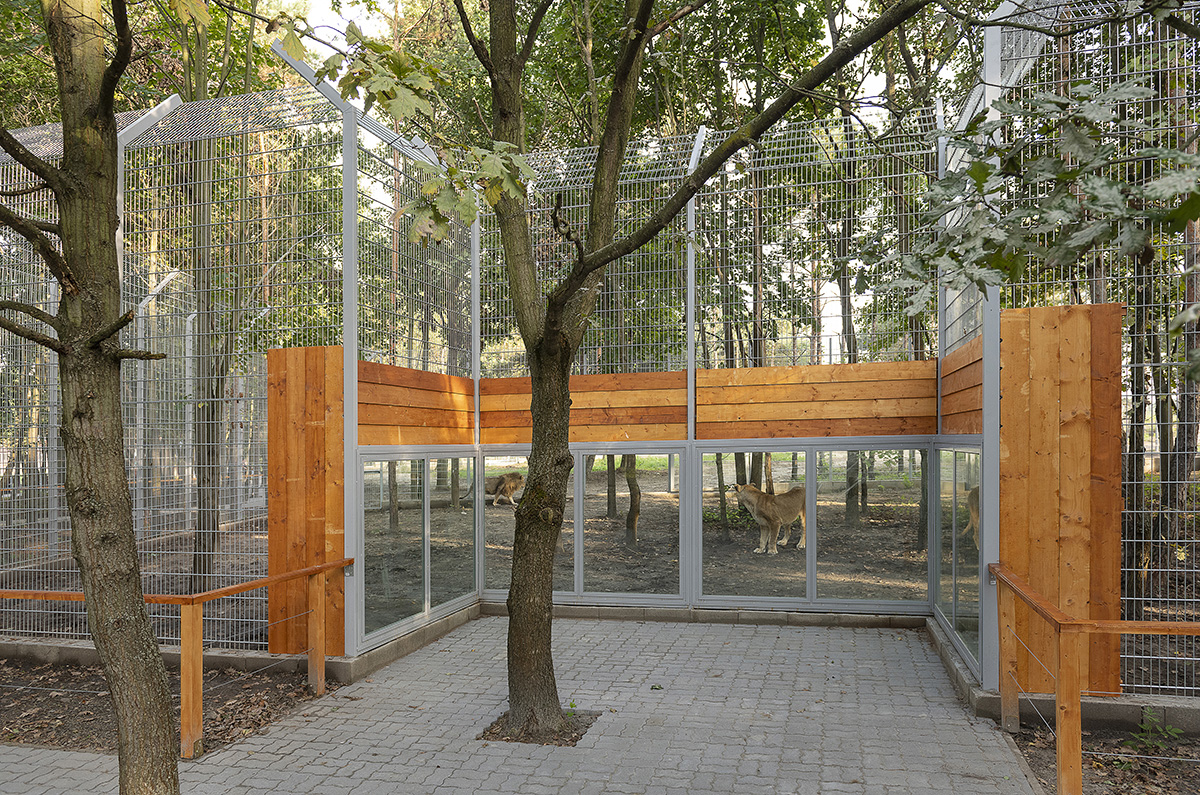 The rescue center opened with a 1700m2 outside enclosure system, which consists of three paddocks. A distinct area of a natural grove is surrounded by five-meter fencing, where the animals can roam around free as a pack, smaller territories can be marked, but the splitting of the group is also possible. By the positioning of each enclosures the access to direct sunshine such as to shady areas provided by natural coverage was considered, and further artificial shelters were constructed too. 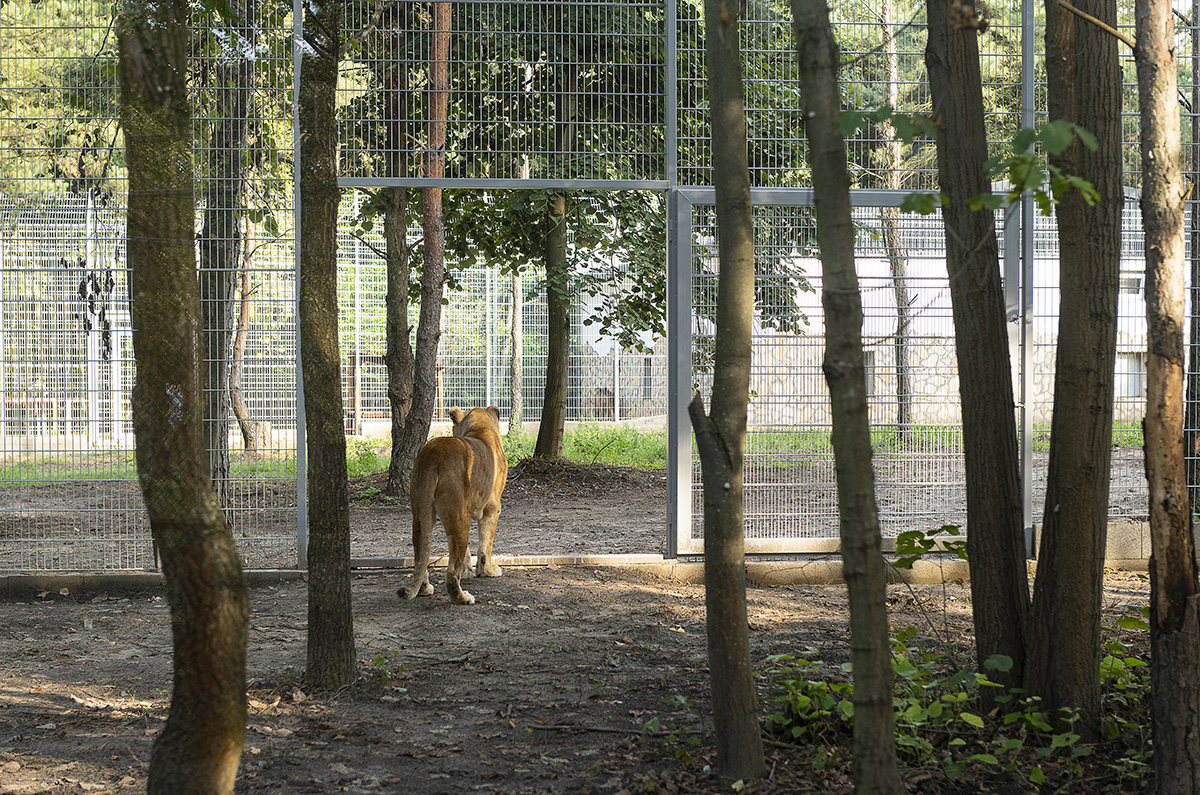 As the income generated from entrance fee significantly contributes to the budget of the sanctuary, it was essential to offer visual experience for the visitors without excessive pressure on the animals.